The new version also contains a powerful network scanning feature, as well as the ability to see in real time which processes are draining the most system resources. 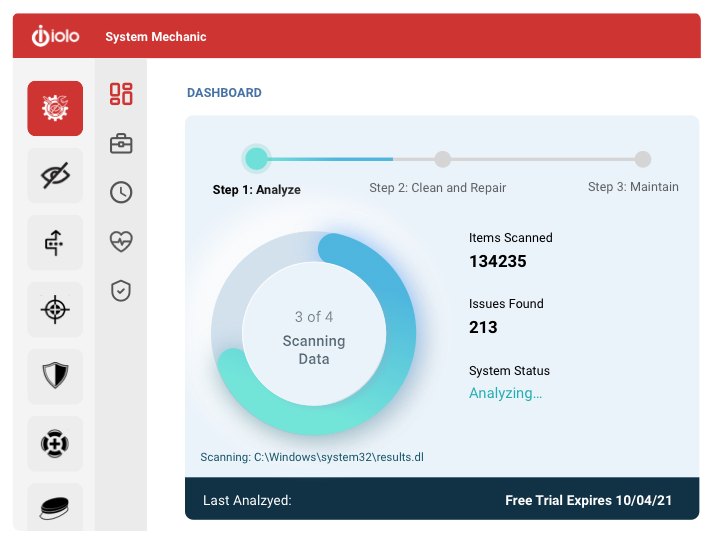 System Mechanic v21 has added a new feature that scans for devices on the user’s network that are using bandwidth that could be causing congestion. If users notice significant slowdown, it may indicate that router ports are open and vulnerable to inviting spoofed DNS and other malicious queries.

Hackers use automated scanners to check for open router ports and label them susceptible to attack. Open ports will eventually attract attacks that try and guess router login credentials, but threats go far beyond this.

Security cameras, thermostats, gaming consoles, smart TVs, phones, speakers and many other connected devices can be exposed to hacks. Users could even be recruited as part of a Distributed Denial-of-Service (DDoS) attack, which saps bandwidth you’ve paid for.

With System Mechanic v21, users can now also scan the computer for processes that are currently draining the most system resources, likely leading to preventable slowdown.

iolo develops patented technology and award-winning software that repairs, optimizes, and protects computers, to maximize system speed and performance while keeping them safe. With a global presence in 33 countries and products in 11 languages, tens of millions of people have used iolo’s products for their PC optimization, security, and data recovery needs for over two decades. The company’s product line, distinguished by its flagship performance optimization suite System Mechanic®, is sold throughout the world at over 20,000 retail storefronts including Best Buy and Office Depot, and can be purchased from leading major e-tailers such as Amazon. The products are also sold at a multitude of domestic and international distributors and resellers. Headquartered in Pasadena, California, and a part of RealDefense LLC, iolo is widely recognized by both consumers and industry experts as a worldwide leader in the system utility software market.