5 Tips on How to Make an Old Computer Faster

Nowadays, it seems like everyone wants the newest and fastest computer, and who can blame them? Great specs, sleek designs, top speeds…what’s not to want? But before you go out and spend a fortune on the latest Mac or PC, let’s try to get your old computer up to speed!

If you’ve recently turned on an old computer, you may notice that its a lot slower than you remember it. If you have a computer between 5 and 10 years old, you can do plenty of things to speed it up and make it feel new-ish! Today we will share tips on how to make an old computer faster. 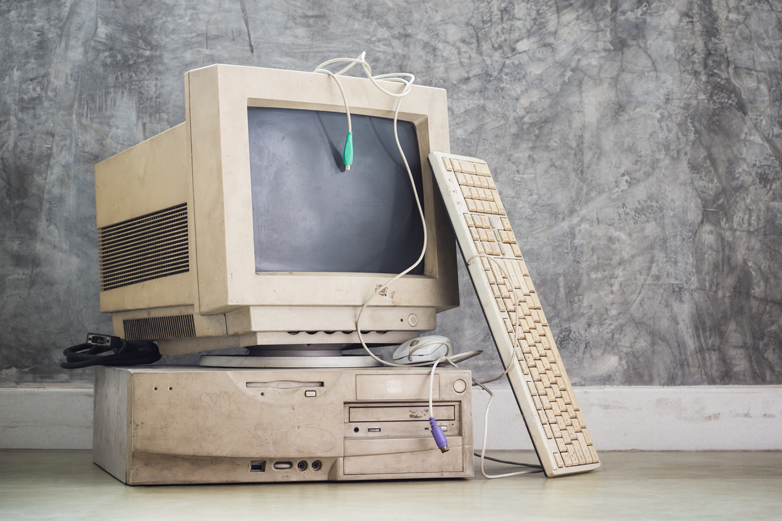 So what makes a computer “old,” besides age? Well, technology has advanced significantly in the last ten years. Just think of the phones we have now compared to the phones we had ten years ago. Same brand, same model, but now we have 5G and 4K cameras on our phones.

There are pros and cons to the older computer models. Older computers also had less complicated programs and less software to deal with, so programs loaded quickly. However, they would not be able to run most of the programs that we know today.

Still, the overall computer experience has changed for the better.

Not to mention, newer computers are less expensive today (compared to brand new prices from 10 years ago), more powerful, and have way more features than ever before. RAM speeds, clock speeds, and processing power has grown significantly since the mid-2000s.

Does that mean your old computer is useless? Absolutely not. Once you learn how to make an old computer faster, you can still use it for daily computer activities such as work, email, browsing. If you are a gamer, upgrading an old computer may not be the best option for you unless you decide to rebuild the entire PC, but for now, let’s stick to things you can internally that won’t cost an arm and a leg.

Starting Up Your Old Computer

Before we start up your old computer, let’s take a look at the physical state of the PC. If it has been sitting in the basement collecting dust, it will need a physical cleaning. Although the speed of your PC is determined by hardware and specs, your PC runs more efficiently when all of its components are running smoothly, including any cooling fans.

A build-up of dust may actually slow down speeds because the PC cannot properly cool itself, which may put additional stress on the hardware. One of the best ways to clean the dust from your old PC is through a can of compressed air

Many other factors affect your old computer’s speed, and if it has not been turned on or updated, that could be one of them. Other factors that contribute to slow speeds include:

How To Make An Old Computer Faster

Once you have physically cleaned your old computer, you will need to power it on (it may be a few minutes). Once the computer is turned on ready to go, here are some things you can do to make the old computer run faster: