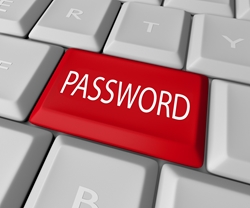 Computer hacking is an everyday phenomenon that can affect personal PC users as much as big businesses. Oftentimes  weak passwords are at fault, allowing hackers to go in and take information or implant a PC virus that can wreak havoc with a system. The Kennett Paper reported that a woman was recently hacked had an easy password and she now advises everyone to have a stronger password.

Ethel Ann Murphy was away on business when a hacker got a hold of her password (“grandmom​”) and began sending emails to associates and friends saying that her purse had been snatched and she needed money wired to her. Luckily she was able contact everyone before the hacker got any money, but she realized that she needed to have stronger password.

“It was a real easy password,” Murphy told the Kennett Paper. “Once you get into my e-mail, everything else can be surmised. People need to make passwords complicated so nasty people can’t get it.”

She has since changed her password to a more complex code so that it won’t happen again.

Passwords still the easiest way to secure a computer
Even with new technologies like biometric fingerprint scanners or smart cards, passwords remain the standard for PC users everywhere, according to Windows IT Pro.

Passwords are still a low-cost way to keep a computer secure. PC uses for biometrics and cards are available, but the cost and practicality will be too much for people to actually install these systems on to their computers.

How to create a secure password
That leaves the question of how to create a password that is strong enough that it won’t be cracked, but easy enough to employ. An Alvarado Star article pointed to some helpful tips to keep a password strong.

Passwords can be cumbersome because to be successful they need to be long, with multiple characters that aren’t easily remember. They also need to be changed fairly frequently, just in case someone has figured it out. Some ways to keep a password secure are: