Two popular tune-up utilities available on the market today are Avast Antivirus and CCleaner Professional Plus. While there are plenty of reasons to compare Avast to CCleaner, in the final analysis iolo System Mechanic® is capable of providing superior solutions to more PC problems than either competitor. Below is an Avast Antivirus review, along with a closer look at CCleaner. When comparing both to iolo System Mechanic, they come up short in a few ways.

While CCleaner is a well-known and reliable tool for cleaning Windows junk, System Mechanic also reaches deep into the operating system to fine tune hundreds of hidden Windows settings that can make your PC run faster and last longer. When compared side-by-side, CCleaner lacks the effectiveness and overall value to iolo System Mechanic. 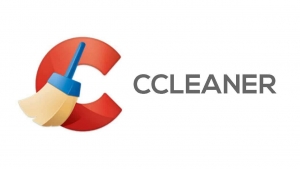 There are three different plans with CCleaner. The free version is a good option for trying the utility, but will lack all of the paid version’s tools. The only way to access most of those options is to upgrade to the $24.95 Professional plan. It is an easy upgrade from the free version, and it offers a much more detailed computer cleaning, all the monitoring a user needs, history cleaning, and much more.

CCleaner’s biggest selling point is that it makes using the utility really effortless. It is the same concept we go with at iolo, making it extremely simple due to the vast majority of people using a utility like this who might not know enough about computers to fully understand how they work. Instead of having to play the guessing game and being overwhelmed with text that might not make sense, CCleaner explains everything in a very easy way to understand.

It also has the ability to allow people to schedule cleaning times so that a user does not have their work session interrupted.

Where CCleaner comes up short is that they do not have that back up option. There is a registry specific back up when running the repair tool, but the user will need to count on Recuva or another program to recover deleted files. It is a bit clunky to have two programs running to do the same thing as what one program should do. Perhaps CCleaner will make that a bit easier for users in the future, but for now, it is a bit of a hindrance.

CCleaner does improve boot times, but it does not stand up that well in other areas. For example, it is tough to overlook the clunkiness of having to use different downloads of times to have the same results that iolo System Mechanic provides with just one utility. Families will be inevitably frustrated when their three licenses are all used up, and they have to spend additional money to get the same service as well. For the price, we believe that what we offer is better all around, and something that can be used for more computers when the time comes.

Avast Antivirus is a trusted name in the industry and offers multiple versions to fit into any budget. Whether it is the free version or Avast Pro Antivirus, it many rank high on the market right now.

There are many pros and a few cons are covered in this overall favorable review of System Mechanic. You may want to still check out the free version of Avast Antvirus, but independent benchmarking shows that iolo has the edge in the AV utility market with System Mechanic® Ultimate Defense™, the all-in-one solution that speeds up as well as secures your PC.

Scores well in before vs. after metrics 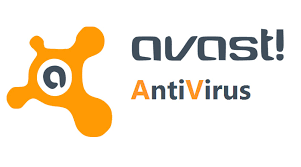 Avast has been around for a while as a company and offers solutions that rival what we can accomplish at iolo. While many people end up spending less using System Mechanic Ultimate Defense, we also have a slightly more user-friendly interface. This is especially helpful for those who might not be computer savvy and do not want to go through all of the more specific details.

As far as free options are concerned, Avast Antivirus is a good one. A user does not miss out on too much with the free version, and that is a good and bad thing. The good is that those who want to try it out can without spending a dime, but the bad is that those who upgrade feel like they did not get their money’s worth.

It is hard to overlook the fact that Avast Pro Antivirus becomes expensive. The initial cost is $39.99 per year which goes up when deciding to upgrade some of the few options available.

On top of the high price, it only comes with a single license. This makes it extremely challenging for families to purchase for all of the computers in their home. At iolo, we offer unlimited, whole home licensing for System Mechanic, which makes us an undeniably more affordable option.

Avast Antivirus provides well-rounded features that even we can get behind. They do not skimp on the number of options so that users can see a boost in how their computer operates. Most are pleased to see commonly overlooked solutions for Wi-Fi troubles, password management, and other smaller issues all in one place.

Another feature is that it does cater to those who know a decent amount about computers overall. They can dig through the numbers and details in the Pro version, allowing them to run exactly what they might think they need. It offers the ability to look over all of the results and troubleshoot from those detailed reports.

Online security for Chrome and Firefox is available. These features automatically install once Avast is downloaded to their computer.

Although it might not seem like it is doing much, the online security feature is helping to fight against anything dangerous or fraudulent and will keep your personal information from being compromised. System Mechanic offers similar assistance but goes further. The new Network Scanner feature scans for devices on your network using bandwidth that could be causing congestion. If you are experiencing significant slowdown, it may indicate that router ports are open and vulnerable to inviting spoofed DNS and other malicious queries.

Hackers use automated scanners to check for open router ports and label them susceptible to attack. Open ports will eventually attract attacks that try and guess your router login credentials, but threats go far beyond this.

Security cameras, thermostats, gaming consoles, smart TVs, phones, speakers and many other connected devices can be exposed to hacks. You could even be recruited as part of a Distributed Denial-of-Service (DDoS) attack, which saps bandwidth you’ve paid for. Network Scanner finds and lists active and potentially vulnerable devices, helping you avoid unnecessary slowdown and protect your home from malicious threats.

Avast Antivirus is a very effective option for those who need results. Although the interface is a bit clunkier compared to iolo System Mechanic, it operates at similar speeds and runs a lot of similar programs as well. It is most effective with results people can actually experience, which is a major reason why they are so highly regarded. The numbers might not stack up as well to iolo System Mechanic directly, but speed times are pretty similar.

Having an opportunity to target specific areas can allow for a boost in performance as well. Troubleshooting the Wi-Fi is a feature very few companies offer other than Avast and iolo. With people more reliant on the internet than ever before, it just makes sense to have something to rely on.

How do other similar options stack up?

For ease-of-use, a lot of people are gravitating towards Comodo PC tuneup. They have made their option a true one-click fix in some ways, and people who do not want to put much effort into anything can go this route. Obviously, it is not going to provide the overall effectiveness of any of the three programs that make this list, but it still might be worth checking out for those who need casual protection.

Norton is another major player that stays away from the subscription system. For a flat rate, a user can download Symantec Norton Utilities. There are a lot of useful tools that help speed up a computer, but they run into license limitations just as much as many other alternatives. All of a sudden, the affordable price becomes a bit too much for people who have multiple computers to protect.

The more people dig into alternatives for iolo System Mechanic, the more apparent it becomes that it is truly a unique solution. Instead of competing directly with some of the best of the best, companies are going the route of trying to specialize in one particular fix. If they can market themselves correctly, they will still get people using them, but most people end up going with a well-rounded option like iolo System Mechanic at some point.

Why iolo System Mechanic is different

There are more than a few reviews out there comparing all of the different tune-up utilities out there, and we believe that iolo System Mechanic stacks up the best. We offer more tools than either of these solutions, and our price is extremely competitive as well. On top of all that, we always have the user in mind, making it as simple to operate as possible.

Individual users might not care that much, but offering unlimited licenses works very well for families or small business owners. All of a sudden, the savings starts to stack up when a single purchase covers everything.

We also believe that we take user privacy more seriously, offering a set of tools that surpass the other options. System Mechanic Ultimate Defense, for example, offers comprehensive browsing, anti-malware security, and password protection alongside its advanced cleaning and performance optimization.

There are a lot of computer-related companies that fix problems, but fail to educate or even inform people about what happened. Blind trust is a bit tricky to accept. We go beyond just helping out customers when speeding up a computer. There is a need to educate along the way, which builds trust with customers and even helps them prevent future problems down the road. There are so many utilities out there that only get the job done, failing to tell the customer what happened. That takes a lot of trust from the customer to feel like the right decision was made. It is important to have fixes now, but avoiding the need for fixes later also helps.

Having a service to rely on when future problems might pop up is one of the best ways to be proactive. A lot of computer problems start to get out of hand when they are ignored. It is nice to know that something can cover so many different issues instead of having to hunt down a new utility each time.