As Windows® evolves, one area of increasing concern is that more and more unwanted garbage (“bloatware”) is launching itself at startup, which continues to slow the entire computing experience, even after the system is up and running. 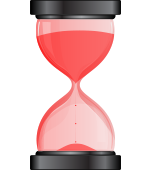 One of the biggest causes of PC performance drain today is unnecessary bloatware running without your knowledge, and Windows does not address this problem.

In addition to the bloatware issue, another problem is that as computers become more powerful, more of your normal apps get smuggled into the startup process as well (“pre-launched”), so that they appear as though they launch quickly later, when and if you actually click on them. But if you don’t end up needing them, they sit there hogging computing power anyhow.

Since the sheer volume of pre-launched programs has increased so significantly in recent years, that same snappy system responsiveness these pre-launched apps try to fake is completely undermined, delivering instead a sluggish system and frustrating computing experience.

Worse still, bloatware does more than wait quietly in the background. These constantly running annoying apps, tasks and services are often busy all day further siphoning precious RAM and processor power as they ping to upsell you, request your feedback, silently connect to the web to report on your surfing habits and more.

Now drawing on a database of over 40,000 programs and processes, the new Super Definitions™ are the engine behind a completely re-architected Startup Optimizer™, which in iolo Labs benchmark tests has been shown to speed up system boot time by an average of nearly 90%. But that’s not all.

Startup Optimizer alerts you to these unwanted startup items and constantly running tasks and services, and allows you full control over which non-critical ones to leave turned on and which you want disabled or delayed from launching. Paring down startup items results in a faster, more responsive computing experience overall. Recent benchmark testing shows that reducing common bloatware and pre-launched apps speeds up RAM, CPU, graphics, hard drive and more!

iolo’s new Super Definitions even ferret out bloatware that may be hiding as generic “SVCHOSTS” services that can run in multiple instances at the same time, each containing a whole group of hidden, resource-hogging services. (See Tech Tip below.)

Super Definitions and the newly enhanced Startup Optimizer tool are only available in System Mechanic 17 (and later). In order to make the most informed decisions on whether to allow specific apps, processes and services to launch, upgrading to System Mechanic 17 is a must.

This is because iolo Labs receives a constant flood of new apps and potential bloatware that are attempting to pre-launch—submitted by actual users—analyzes each, and adds them to the appropriate category in the Super Definitions database going forward.

It’s critical to have up-to-date, comprehensive and accurate identification and classification of startup items and constantly running tasks and services to safely disable them for faster and more secure overall computing. System Mechanic continues to evolve to achieve this, with thousands of additional programs and processes routinely being added to the Super Definitions database, always classified in six key categories, from dangerous to necessary.

These improvements are among the first batch of many significant enhancements coming soon to System Mechanic. The result for modern Windows users is the ongoing discovery of whole new categories of unneeded startup items that otherwise would unnecessarily tax your PC.

Listen to an iolo technologies discussion on the perils of bloatware and more on the tech radio show Into Tomorrow here.

Windows is a registered trademark of Microsoft Corporation in the United States and other countries.

Find out what’s running
To use Windows to see which apps, processes and services are currently running:

Look at the percentage of total resources each item uses for processor, memory, hard drive and network. The sheer amount of items and their individual percentages of resource use may surprise you.